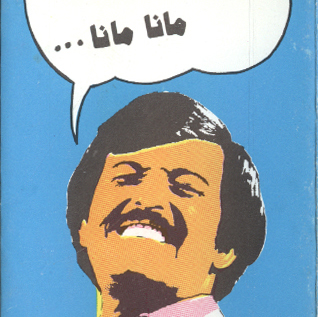 Samir Ghanem (Arabic: سمير غانم) is an Egyptian comedian, singer, and entertainer. He was a member of the stand-up comedy trio Tholathy Adwa’a El Masrah alongside George Sidhom and El Deif Ahmed.[1]

Their debut was Doctor Save Me, a short performance that introduced them to the entertainment world. He lives in Egypt.

They presented the first ever TV show Ramadan Riddles.

After El Deif Ahmed’s death in 1970,[1] Ghanem and Sidhom continued under the same name (Tholathy Adwa’a El Masrah) until the 1980s.

Samir Ghanem used to host a show on OTV called An Hour With Samir Ghanem.

While George Sidhom retired years ago due to a brain stroke,[2] Samir Ghanem is still active and is still producing plays.[3]